Improving the mental health of students and staff

Most Minnesotans want our students to learn and thrive in safe and welcoming schools, no matter where they live or what they look like. Yet right now, many students and their educators are struggling with anxiety, trauma and other mental health issues.

Unfortunately, corporate interests and the wealthy want to rig the economy in their favor and weaken the voice of workers. For decades, they have tried to destabilize unions through anti-worker legislation and court cases — including here in Minnesota.

Minnesota’s learners and educators deserve better. This year we can come together across race and ZIP code and elect leaders to school boards, the Legislature, state office and Congress who will respect our educators and students and provide the mental health care they need. 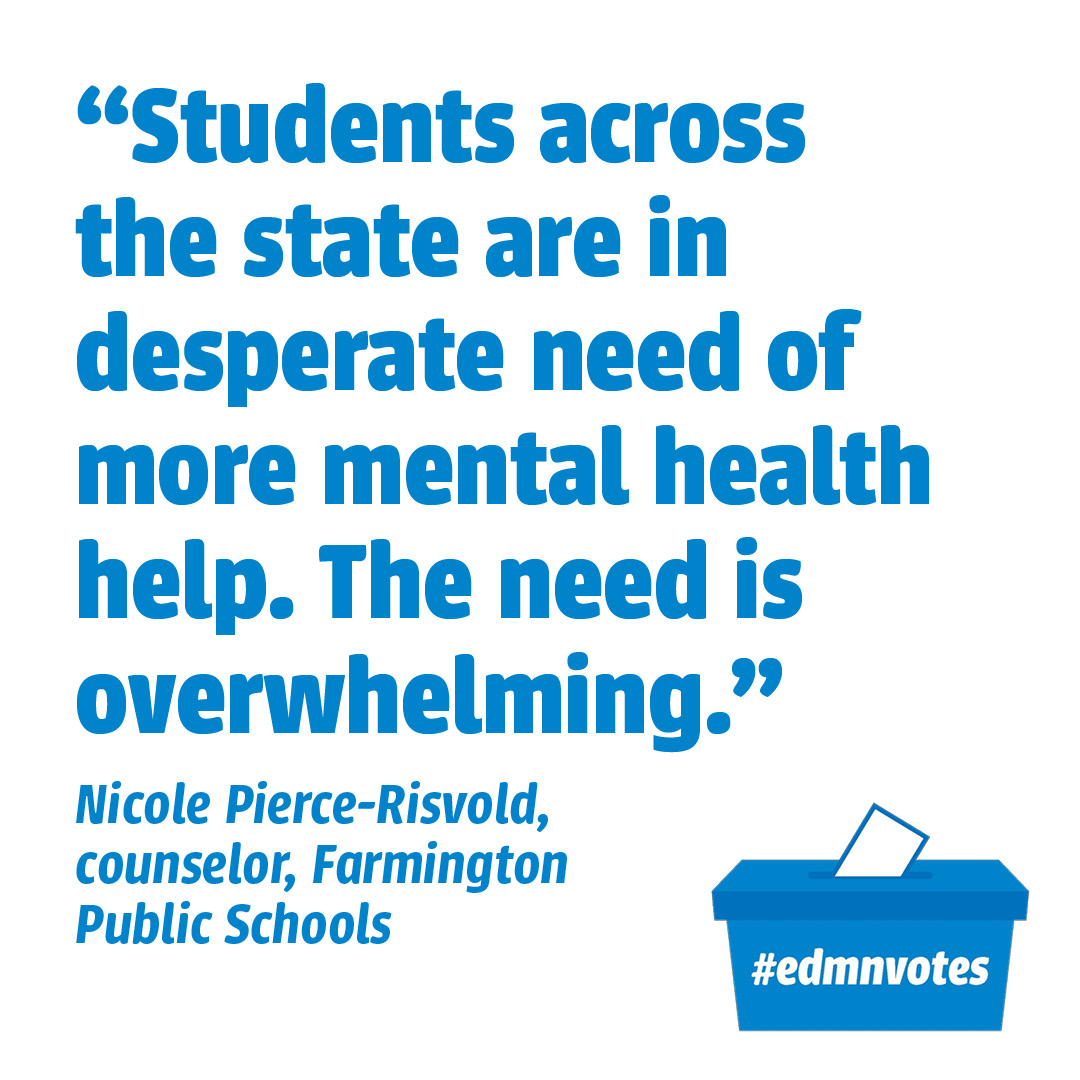 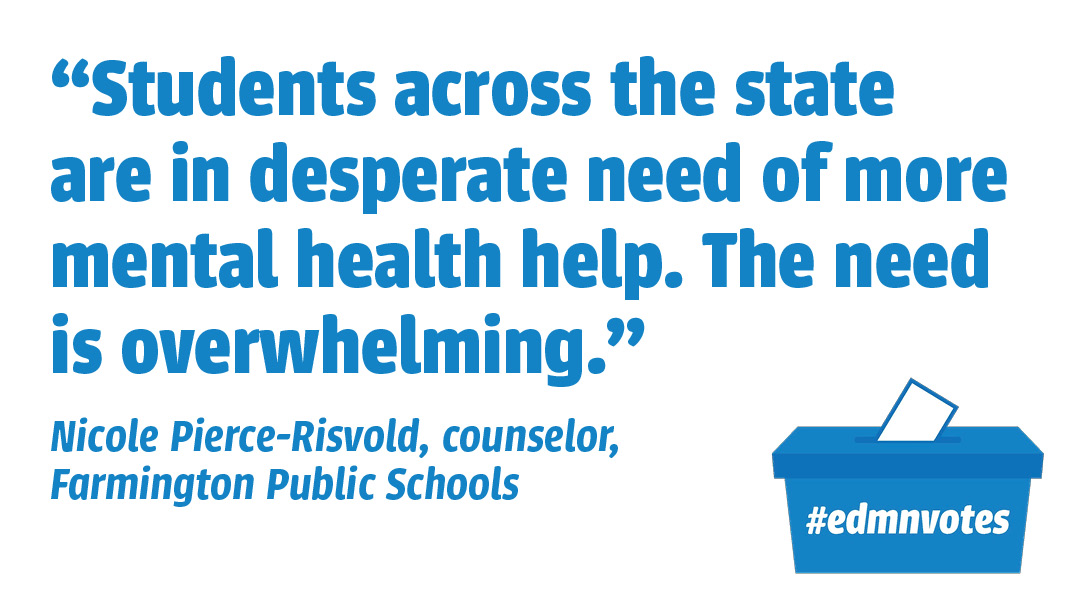 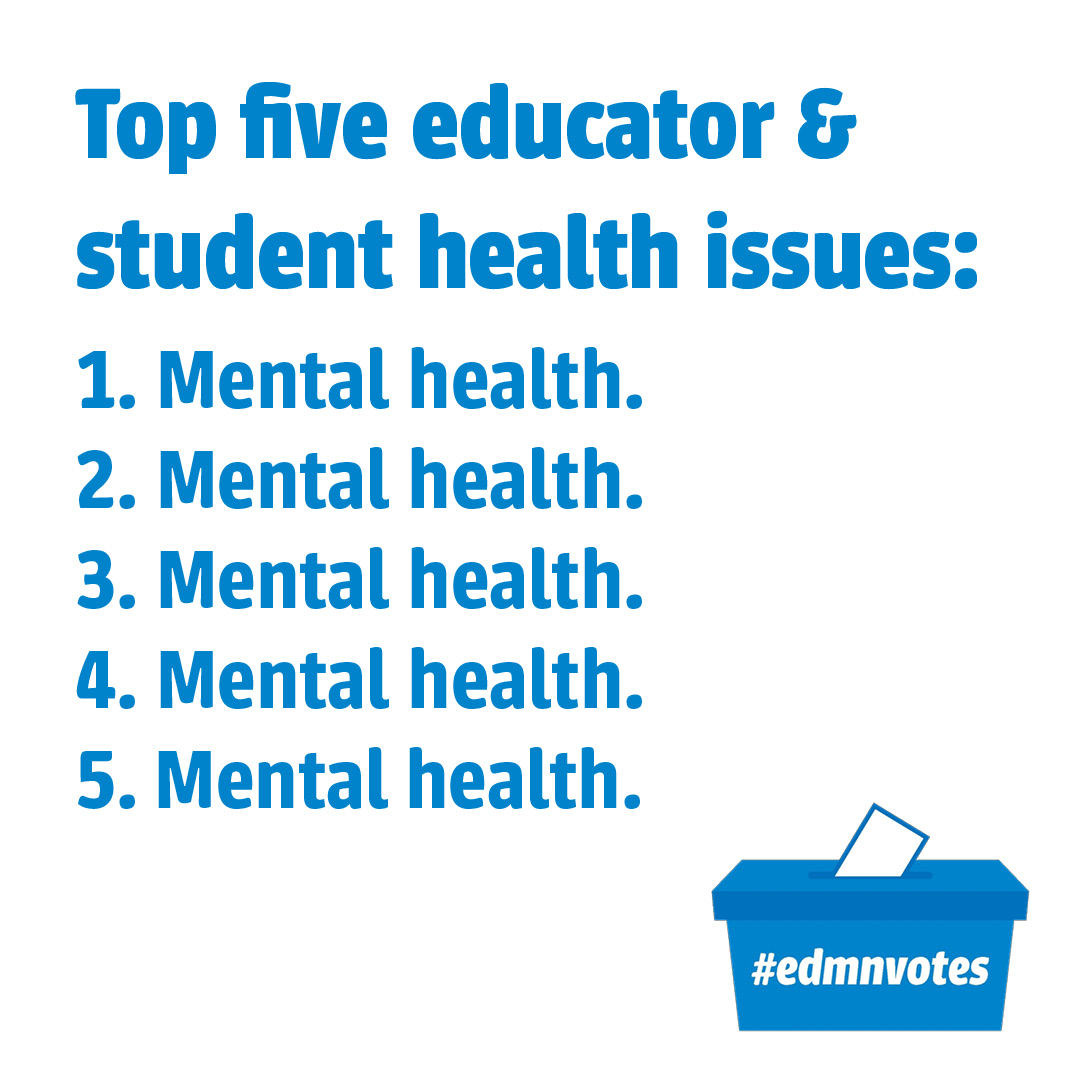 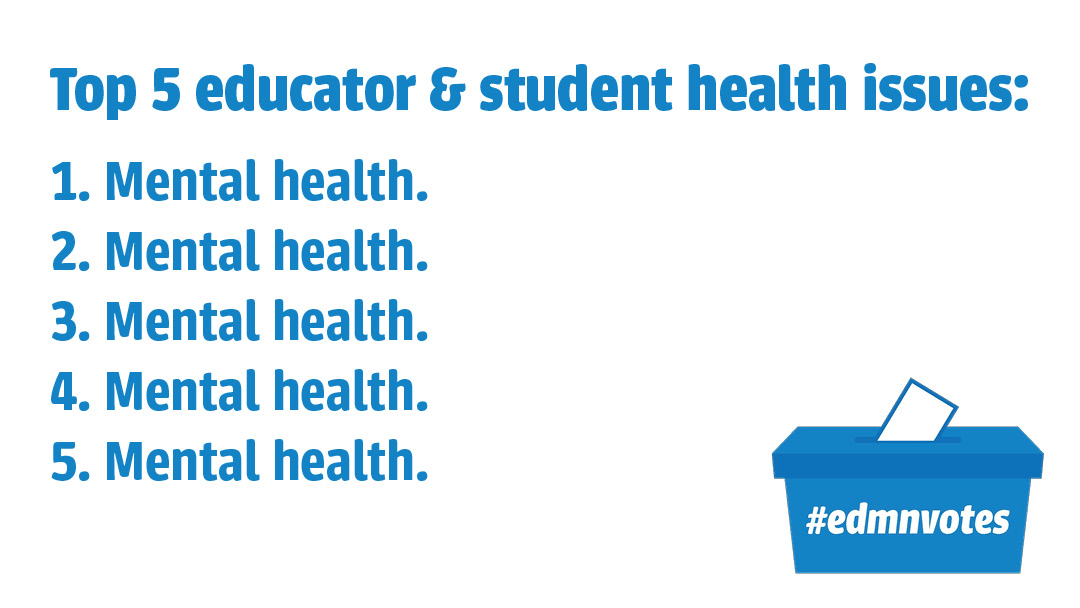